By: Rusty Mehlberg of WTMJ

Democratic Senator Tammy Baldwin has chimed in as well about the Mueller report:

The American people deserve to know why the President has not been cleared of wrongdoing.

173 people are talking about this

Reaction from congressional members regarding the summary of the Mueller report provided to them has been split between Republicans and Democrats.  Wisconsin's congressional delegation is no exception.

"There's nothing in there that surprised me," says Republican congressman Glenn Grothman to WTMJ. "I think it would be bizarre that anybody would believe that Donald Trump colluded with the Russians."

Grothman adds that the time has come for Democrats and the press to shift their focus to more important matters, such as the budget deficit, immigration, and welfare programs.

Republican Congressman Sean Duffy agrees with Grothman, going onto Twitter to say that Democrats and the media need to apologize for thier actions.

Now it's time for Democrats in Congress & the media to apologize, move on, and help us keep making America great! https://abcnews.go.com/amp/Politics/wireStory/justice-department-mueller-find-trump-campaign-associates-conspired-61911528 …

Justice Department: Mueller did not find that Trump campaign or its associates 'conspired or...

Justice Department: Mueller did not find that Trump campaign or its associates 'conspired or coordinated' with Russia

108 people are talking about this

In a statement to WTMJ, Congressman Jim Sensenbrenner says, “Throughout this process, I have repeatedly said that Special Counsel Bob Mueller should be able to finish his investigation unimpeded and that I would withhold judgment until then.

"After two years, millions of taxpayer dollars, and the full power of our legal system, Mueller has confirmed that the President did not collude with Russia. The special counsel’s investigation was free of political bias, and it will be a mistake for my Democratic colleagues to continue pursuing this disproven narrative for purely partisan purposes.

"I am eager to read the full report, but today’s top line summary from the Attorney General is a welcomed vindication for the President.”

Just in: @SenRonJohnson on Mueller Report: “We should all be happy that after an extensive investigation, the Special Counsel ‘did not establish that members of the Trump Campaign conspired or coordinated with the Russian government.’”

For Democrats, their reaction has been on the summary itself, saying that it is enough to be made public.

Congressman Mark Pocas posting on Twitter that he wants the full report made public as soon as possible. 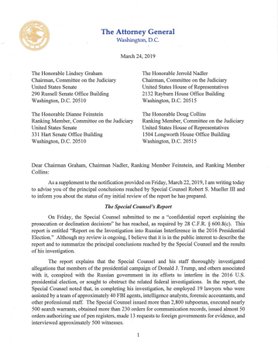 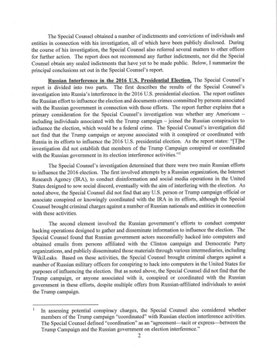 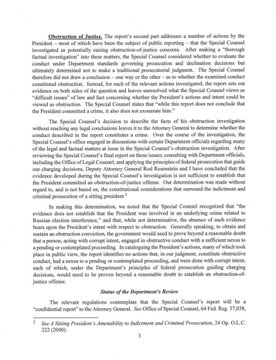 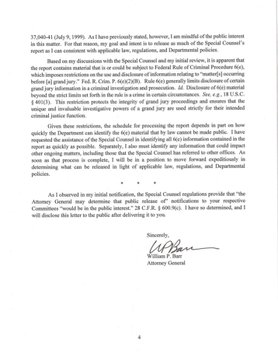 BREAKING: Attorney General Barr has just released his summary of the #MuellerReport to Congress.

RT to demand that the AG release the ENTIRE report, not just his four page summary.

There was a similar reaction from Senator Tammy Baldwin prior to the summary's release.

Special Counsel Mueller and law enforcement officials have provided a full report to the Trump Dept. of Justice and it should be released publicly so the truth can be revealed to the American people.

532 people are talking about this